Here at Ranger Headquarters, we aim to improve the futures of Australia’s animals. They are facing dangers on all sides. What better way than to support the work of Aussie Ark?

Pre-sales instead of Crowdfunding

We considered raising funds for the first print of ANiMOZ – Fight for Survival through a crowdfunding platform like Kickstarter. The thing is, those platforms take 5% of all funds raised and put it in their pockets.

So, instead of paying them, we will be raising funds through a pre-sale period for the first round of printing. We are giving 5% of those funds straight to an Australian conservation charity.

But who is this charity? Well, they do amazing work with some of our most endangered creatures, and they’re called Aussie Ark.

Who are Aussie Ark?

Aussie Ark began in 2011 as Devil Ark. Back then, their sole focus was on saving the Tasmanian devil (or as ANiMOZ Rangers know him, HARRiSii!) from extinction through a captive breeding program. This insurance population is to allow the release of healthy devils if they go extinct in the wild.

The organisation has gone from strength to strength, meaning their vision expanded. This culminated in the move to the more inclusive title of Aussie Ark.

They are an adaptive, innovative, private organisation, committed to changing the trajectory of Australia’s most endangered species.

Running the ship is President Tim Faulkner (Ranger Tim). Tim is known for his varied conservation work as Director of the Australian Reptile Park, presenter on wildlife TV shows and much more.

He is a dedicated Aussie conservationist, and was onboard as an ANiMOZ Ranger early on. 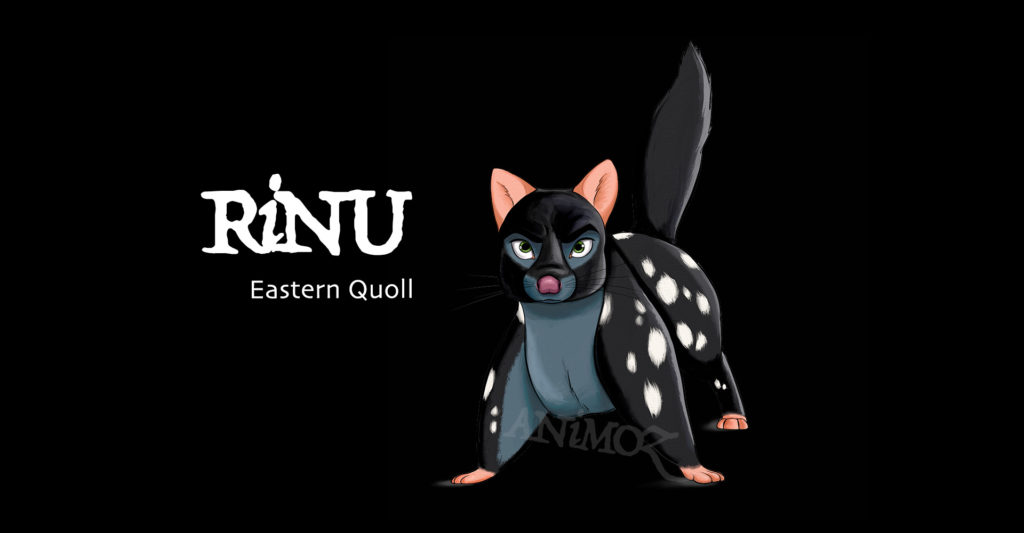 What are some of Aussie Ark’s projects?

The team’s work is broad!

They continue to breed Tasmanian devils for insurance populations, and are rewilding Australian landscapes on the mainland. Areas like Barrington Tops in NSW are seeing – or are planning – the release of captive-bred Eastern quolls (RiNU) and Rock wallabies.

They also run critical, species-specific conservation research like their work with the Manning River Turtle, and help save large areas of native habitat from destruction.

“Aussie Ark has a vision of creating a long-term future for threatened Australian wildlife. Through collaborative partnerships, community support and a focus on delivering positive results for our wildlife, Aussie Ark is committed to select and meaningful projects that will make a real difference.”

ANiMOZ is partnering with Aussie Ark

We’re proud to have Aussie Ark as our official partner during this early phase. What’s more, once pre-sales end and we officially launch, we will be donating 10% of all profits to Aussie Ark’s exciting work.

To keep up to date with Ranger Headquarters, and be notified of pre-sale discounts, head to the homepage and sign up for Headquarter emails.

4 thoughts on “How is ANiMOZ supporting Aussie Ark?”