From the Field: Ranger Zali from the Australian Dingo Foundation
Skip to content

From the Field: Headquarters speaks to real-life Rangers working to save ANiMOZ species like iNGO the Dingo!

In our From the Field series, we talk to people working across Australia to save the many animals you know from the World of ANiMOZ. Today, we hear from Ranger Zali from the Australian Dingo Foundation!

Ranger Zali is a volunteer with the Dingo Discovery Sanctuary and Research Centre in Victoria. After visiting the sanctuary for the first time without knowing much about the species, Zali left “entirely awe-inspired by our apex predator.”

She says she signed up immediately back in 2017:

“It has taken over my life in the best way possible. I realised that a lot is needed to be done to better protect the dingo. And the best place to start is getting the word out.”

She says that although lots of people have a negative view on iNGO, it is “purely due to a lack of understanding about this beautiful animal.”

“Lots of cool science about dingoes is emerging. We are starting to get a better picture about their role in the environment and how we can live with wildlife, rather than destroy it,” says Ranger Zali.

“Education and research is so important to effectively protect wildlife.”

Why is the dingo important for the Australian ecosystem?

“Just like lions and wolves in other countries, dingoes are Australia’s apex land predator! This means they have a very important job to regulate a healthy environment. The circle of life.”

Zali says dingoes play their part in a healthy ecosystem by:

“Here in Australia, we have very unique wildlife. Our animals are quite small and tough, to suit Australia’s harsh conditions. This is why our dingo is smaller than other top predators in other countries, with adult dingoes weighing only around 18kg.

Dingoes are not just ‘wild dogs’. They are a seperate species to our domesticated dogs, and are very important as our only top order land predator.

“They are genetically, physically and behaviourally very different to domestic dogs.” 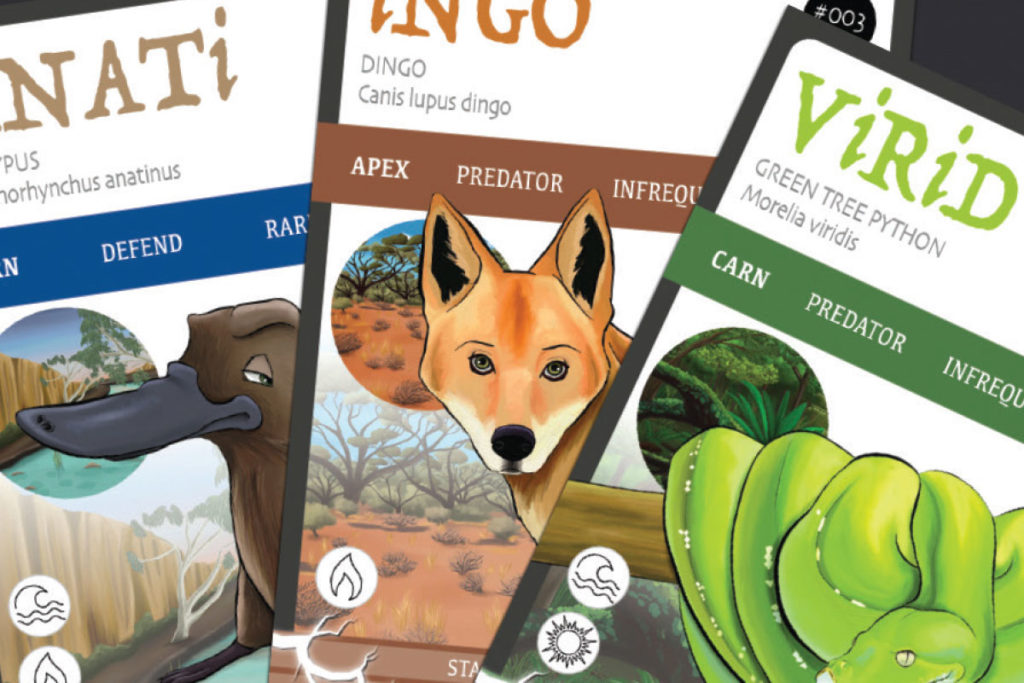 What are some interesting adaptations of the dingo?

In ANiMOZ, iNGO has the Superpowers of Stamina and Family (read more about those at this link).

But Ranger Zali highlights lots of other important behavioural adaptations of the dingo, some of which could count as other powers like built-in blankets, and rock-climbing abilities:

What can I do to support dingo conservation?

Sadly, Ranger Zali says that iNGO the dingo continues to be persecuted across Australia – one of the dangers that animals have to overcome in Ultimate Ranger.

“Their biggest threat is people. It is legal to kill dingoes on private land in Australia. Within National Parks and on private land, dingoes are killed by 1080 poison and wild dog control efforts.

But this can change! You can help save the dingo!

Thanks so much to Ranger Zali from the Australian Dingo Foundation!