Know your ANiMOZ species: What do you know about ACU?

If you’re a Ranger who thrives in the Scrub BiOME, you’ll already know about this spiky critter, but Rangers from elsewhere should learn about her too.

ACU is one of the most wide-ranging Australian animals, found in every region of the continent and across the islands offshore. In the World of ANiMOZ, she’s a WILDCARD species, but her Primary BiOME is Scrub.

A specialised snout pokes out from a burrow. It is dawn, and with the heat not far away ACU must venture out now to find her favourite food: a mound of UST. She mustn’t be caught in the heat – without sweat glands, there is no way to keep her body cool…

ACU is one of the most helpful animals to hold in your hand, particularly if you are the Ranger for a different BiOME. Not only can you use ACU in any habitat – he also overcomes all three Natural Disasters, making him a great species to hold toward the end of gameplay should disaster strike when another Ranger is Active!

As one of only two Australian monotremes (mammals that lay eggs), ACU is a special, iconic critter from Australia and plays an important role in the wild. As a CARN species she feeds on BASE animals like UST (Termites) and helps keep these numerous colonies in check! 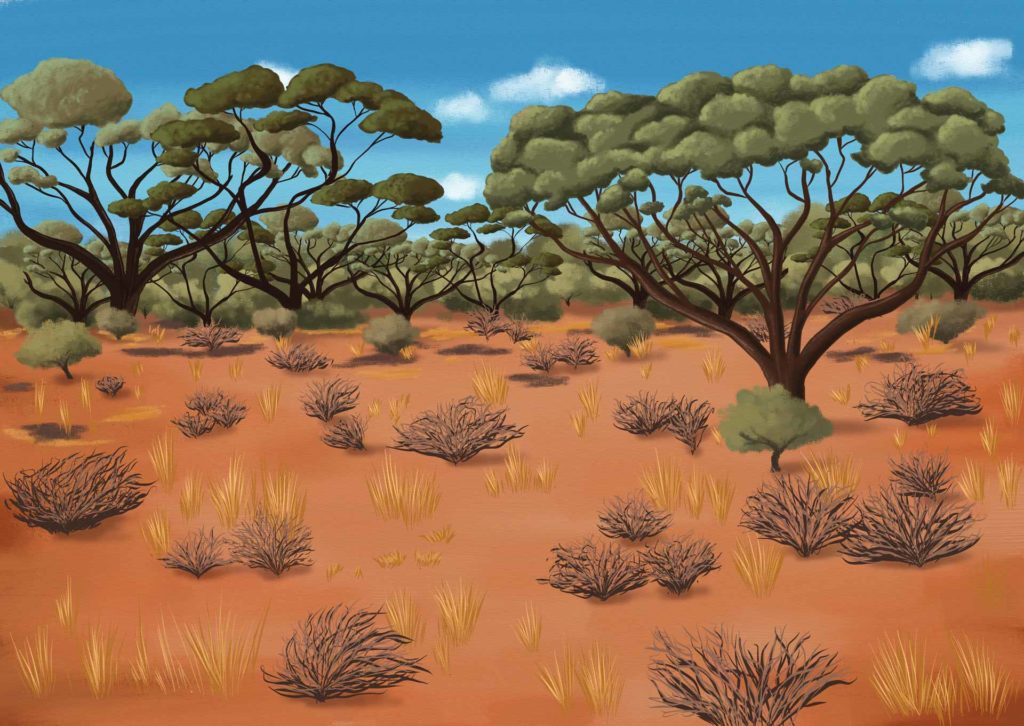 ACU has some amazing Superpowers that rival the most impressive in the World of ANiMOZ, but he also has some Weaknesses that can put himself – and your Ecosystem – at risk!

ACU’s Electreception gives her a clear sense of surroundings and prey; Her claws, as sharp as knives, help her demolish termite mounds and to burrow with rapid speed to protect the soft belly; She can swim and slow her heartrate to survive floods; She can deal with high levels of carbon dioxide and a lack of oxygen underground and during bushfires; She can turn into a bristling ball of spikes to avoid predation from above…

What’s your favourite ANiMOZ? Have you found one in the wild? Share a photo and tag #wildANiMOZ.